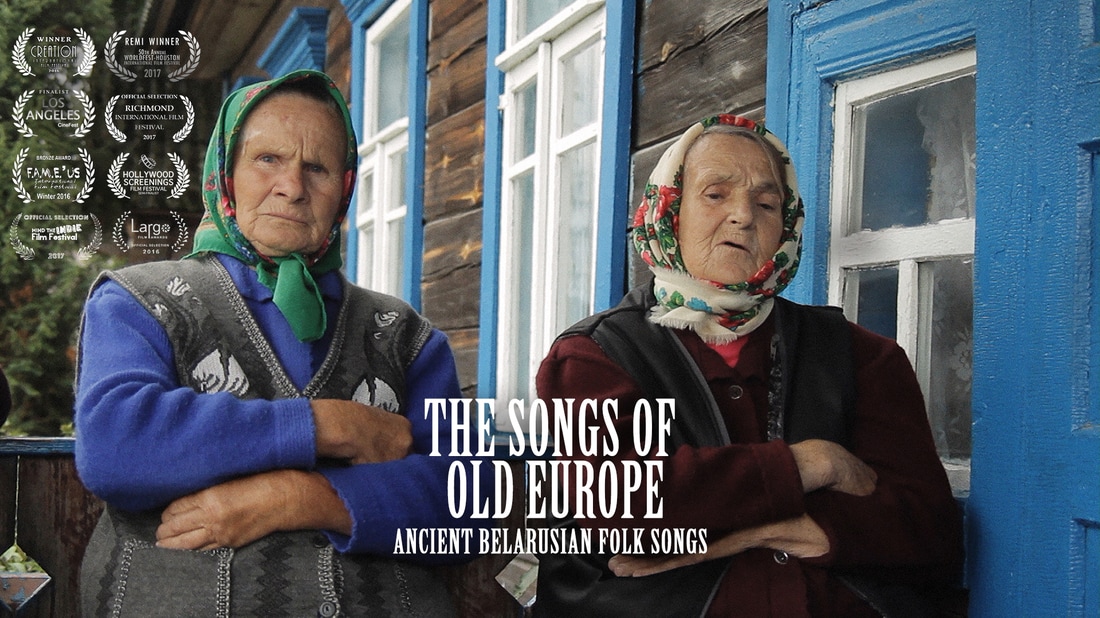 Press Release:
Volya Dzemka fell in love with Belarusian folk songs when, as a student, she saw a group of young girls perform them. “My mind was immediately consumed by the unfamiliar harmonies, which are based on the ancient Greek musical scales.”
That fascination lead her to produce and direct The Songs of Old Europe – Ancient Belarusian Folk Songs, the first ever English-language documentary about Belarusian folk songs, considered by ethnographers to be the oldest unaltered songs in Europe. Dzemka is a native Belarusian who moved to Seattle in 2003, and who herself performs these songs with her local group, VOLYA (“freedom”).
The Republic of Belarus, a country of 9.5 million people that used to be part of the former Soviet Union, gained independence in 1991. Although struggling economically, Belarus is rich in culture. Isolation, caused by geography and government measures during the Soviet times that forced the Belarusians to stay in their villages, kept the singing tradition alive up until this day.
Belarusian folk songs are closely tied to rituals and seasons. Five hundred songs could be sung for one single wedding, from the day of the proposal until the wedding, which itself could last up to two weeks.
However, these songs and the people who sing them were looked down upon and mistreated, even in their own country. “It makes me sad that even Belarusians don’t realize the significance of their songs,” Dzemka says. “I want to tell the rest of the world that these songs are invaluable. They are to Belarus what the pyramids are to Egypt. That’s no exaggeration. Some Belarusian folk songs originated during the same time period as the Egyptian pyramids and Babylon culture.”
But change is coming fast. Political and economic shifts, technological progress and the devastation brought by the meltdown of the nuclear reactor in Chernobyl in 1986 have had an eroding effect on the Belarusian singing tradition. The folk songs are gradually disappearing, therefore making the documentary was a race against the clock.
Dzemka didn’t want to wait for funding. She financed the film with her day-time job as a translator at Microsoft, as well as other sources of income, including personal loans and a crowdfunding campaign on Indiegogo.
After writing the script in 2011, she set out to Belarus, driving hundreds of miles along windings roads and past swamps in the back country, to film groups of elderly women, called “babushkas”, singing their songs in rich, loud voices. The presence of an American filmmaker made the babushkas very excited. “They were so happy and proud to share their heritage. They treated me like family,” Dzemka says.
The 60-minute documentary offers an intimate, rare look into a very different world that has been isolated for centuries, and captures the bond between the women. “There are no listeners or spectators. All are participants. Singing was apart of life,” the narrator says, while the screen fills with joyfully dancing and singing villagers.
The topic, although traditional, has been infused with a contemporary, vivid style and originality – the history of Belarus and some song lyrics have been visualized through animation and graphics. The Songs of Old Europe also contains authentic footage from the early and late 1900’s, as well as battle scenes shot at different medieval festivals in Belarus.
Attentive viewers can even spot a local element: the opening scene was shot in Bremerton, Washington. It is the only area in Washington state that resembles Belarus, a forested country, with many lakes and swamps but no mountains.
And of course, there is music - a mix of ancient songs and modern versions of the songs, performed by groups such as Troitsa and Guda from Belarus.
Even some of the babushkas in The Songs of Old Europe have passed away, before they had the chance to see themselves on screen. “I’ve worked as hard as I can,” Dzemka says, “so our babushkas will be able to see the film and know that people around the world will talk about them and listen to their songs before it’s their time to go.”
Even more importantly, Dzemka has ensured that this piece of living history will stay alive. 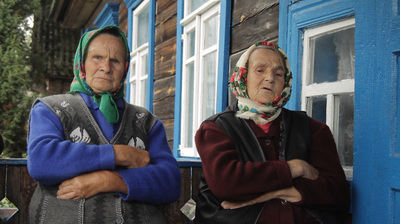 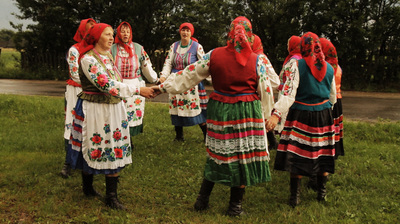